1) Name a book that scared you

But I Love Him scared me. Reading about an abusive relationship is tough but reading about a character so similar to you going through this is scary. My mind was set on this topic, I thought I I knew exactly what I'd do if something like this happened but now I'm not so sure. This book is amazing though, you should definitely read it !

2) What's the funniest prank you pulled

I don't do a lot of pranks but the funniest I've done is a pregnancy prank to my mom.

Do you remember how still Rowan was described in Heir of Fire ? Well, my mom could have impressed him. She froze when I told her and didn't move for like a minute, it was so funny !

Okay, so this is a story that happened to me when I was a child. During a cold winter night,  I was all alone playing with dolls and a princess castle when I heard a woman's voice saying "Hello, knock knock". Now you're going to think it was probably my mom messing with me but she wasn't there. Expect for me and my brother, there was no one else.

I stopped playing, I waited for a minute then shrugged and continued. A few seconds later, the voice repeated again "Hey, knock knock !". My bravery has its limits so I ran away to my brother haha.

Oh and I used to have a ghost staring at me. He was hooded and always behind doors. He appeared only when I was alone, that was scary !

Hum... I don't remember the title but I know it's a pretty famous movie. There was a scene where a girl comes out of a TV... *shudder* I'm not kidding when I say that this scene traumatized me when I was younger, I couldn't stop thinking about it.

5) What is your dream costume

Without hesitation I would be the joker ! Something like this but a bit sexier. I would unbuttoned the shirt a little with loose hair, high heels and of course, guns. (I found this image on Pinterest) My body is a temple and I don't... Okay to be honest I think I ate raw potatos when I was a child. I wanted to know how it tasted like ! I also tasted flour... And I wanted to try raw meat but my mom stopped me...

7) If you were a fictional vilain, who would you be a why

You can guess this one. No..? Really you have no idea ?! Harley Quinn of course ! I would love to hang out with the Joker. I like his honesty about things. He doesn't pretend to be something he's not. He owns it. And he's pretty deep. You don't believe me ?

Smile, because it confuses people. Because it's easier than explaining what is killing you inside.

Give a man a mask and he'll become his true self.

I believe whatever doesn’t kill you, simply makes you… stranger.

Now we can all agree the Joker is most badass vilain ever ! That's it for this tag, I hope you enjoyed it. Tell me in the comment section who is your all time favourite vilain and as always be sure to link your posts down below so I can check them out ! All time favorites are always hard, but my favorite version of the Joker is Heath Ledgers! :) 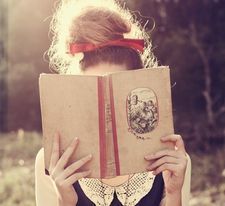